Back to About STI 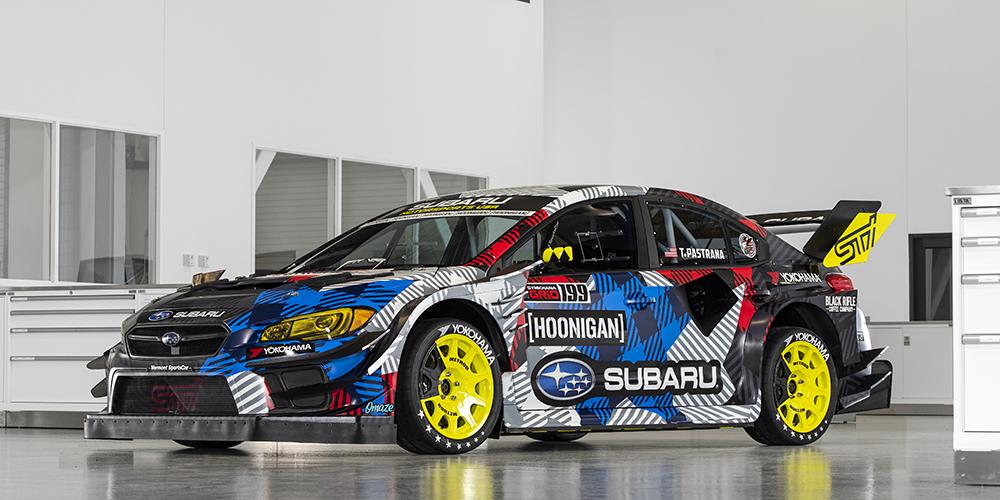 
The Gymkhana stunt-driving franchise has left its mark on automotive culture and has grown to 11 installments, with over 500 million views – and counting – on YouTube. The first 10 installments featured Ken Block behind the wheel of various vehicles, driving in locations such as San Francisco, Dubai, Detroit, and Sweden. In 2020 Block handed the reins over to longtime friend and rival Travis Pastrana for the latest round of Gymkhana, the first time a Subaru has been featured in the series since 2009’s Gymkhana Two.

Built for Gymkhana 2020, the fully bespoke, 862 hp Vermont SportsCar prepared Subaru WRX STI is hailed as the “wildest STI ever.” The car features a custom carbon fiber, wind-tunnel developed, body kit including an active and driver adjustable double-element rear wing. Underneath the carbon fiber skin is the most advanced Subaru ever built, featuring technology developed via Subaru Motorsports USA’s successful rally and rallycross competition programs. All told, this is an intensely modified and high performing piece of automotive art.

Back to About STI