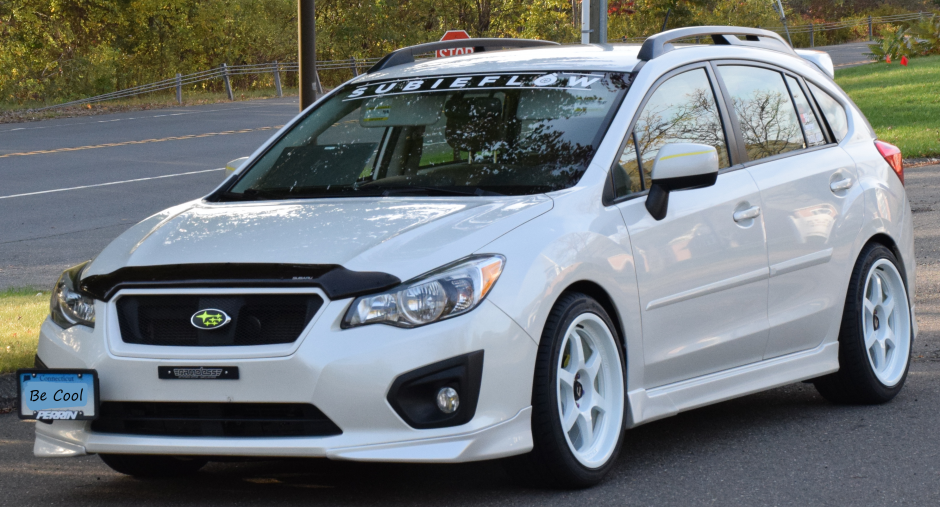 So there is no WRX hatchback in 2013 forward, I really like the hatchbacks especially from earlier years, My family has 2 others. I had purchased a 2013 hatch just as a commuter for work, and then I visited with Lee at AVO Turboworld outside of Melbourne Australia, and found that I could add a turbo kit to the 2013 Impreza Sport Hatch, so I purchased the kit from Lee. I added some other touches including trim, wheels, tires, rear lighting, front LED lighting, yellow accents and fog lights, coil-overs, engine bay dress up, oil catch can, , gauges, AVO exhaust, Cartboy short throw shifter & bushings, interior floor lighting and fuel pump. Most of the work was not so tough, but the oil lines from the kit did not reach and the exhaust was too long, so some custom mods were done, I also added a wideband O2 sensor and an Innovate Wideband meter which also displays some ODBII parameters, no Cobb Access port for N/A Impreza's, I picked up Epifan software and created a custom tune, and added interior floor lighting. I run about 7psi of boost, which gives the 150hp N/A FB20 motor a bit more kick, but its not quite a WRX, still, its way more fun than the factory Sport was. I hope you like it and let me show it and share my story with others at the meet.